Zaun, Fasano to anchor duties until young backstops are ready

原文：
-- The Blue Jays are nearing a youth movement behind the plate. The club just needs to buy some time while its catching prospects continue to polish their skills.

So for one more year, will rely on a veteran catching cast with a proven track record. Then down the road -- perhaps even a few months into the upcoming season -- the Jays hope to set a transition period in motion by giving their younger catchers a chance.

In the meantime, Gregg Zaun enters the 2008 campaign as the starting catcher for the Blue Jays. Behind him on the depth chart, Sal Fasano projects to be the club's second option, but might add another catcher to the mix for the backup job before the winter is over.

"I still think we'll continue to try to address that area," said Jays general manager J.P. Ricciardi, discussing the backup-catching situation after signing Fasano in December. "I don't know what will be available. It might be via trade, and there are a few guys still out there who could fit our need via free agency. We'll see. Right now, at least we have a comfort knowing that we have a guy there."

In Zaun and Fasano, the Blue Jays have a 36-year-old catching tandem that offers different skill sets. Zaun has emerged as a sound offensive option, and he has developed a solid rapport with the pitching staff over the past four seasons. Fasano doesn't boast much with the bat, but he can help halt baserunners and adds experience to the clubhouse.

Last year, Zaun hit just .242 in an injury-shortened season, but he still managed to collect 10 home runs and 52 RBIs in 110 games. A foul ball off the bat of 's Eric Hinske shattered a bone in Zaun's right hand in April, sidelining him for roughly six weeks and affecting his swing after his return in June.

Still, Zaun tallied at least 10 homers for the third consecutive season, giving him 33 long balls dating back to 2005. In the previous 10 seasons, Zaun notched 39 homers primarily as a backup catcher between stints with six different clubs.

Zaun is entering the final season under the two-year, $7.25 million contract that he signed with the Jays prior to last season. It figures to be a season in which Zaun faces some added scrutiny, considering the fact that his name surfaced in former Sen. George Mitchell's recent Report on performance-enhancing drug use in baseball.

According to the Mitchell Report, Zaun purchased anabolic steroids from former Mets clubhouse employee Kirk Radomski during the 2001 season. The Report included a signed copy of a check allegedly used to buy the steroids. Zaun hasn't spoken publicly yet about the accusations, but he did issue a statement through the Blue Jays when the Report came out.

"I am stunned by the allegations set forth in Senator Mitchell's report," Zaun said in the statement. "I emphatically deny these allegations but am not prepared to comment further at this time."

Zaun's issues aren't the extent of 's concern behind the plate, though. On the field, the Blue Jays have continued to struggle with stopping baserunners. Some of the blame undoubtedly rests with the pitching staff, but 's caught-stealing percentage of 15 ranked 29th in the Majors in 2007. The 134 stolen bases the Jays allowed marked the third-highest total in baseball.

's pitchers owned a 3.55 ERA with Zaun behind the plate, but he only threw runners out at a 15.1 percent clip last season. Fasano, who had a catcher's ERA of 5.91 last year, has a stronger arm and managed to stop 21.4 percent of would-be base thieves in his brief '07 tour with the Jays.

In 16 games with , Fasano hit .178 with one homer and four RBIs. The veteran spent most of his time at Triple-A, where he hit .262 with eight homers and 14 RBIs in 47 games with . Like last offseason, signed Fasano to a Minor League deal this winter and extended an invite to Spring Training.

If finds a different solution for the backup role, Fasano will likely head back to Triple-A to help tutor catching prospects Robinzon Diaz and Curtis Thigpen. Otherwise, Fasano can serve a limited role with the Jays until Diaz is hopefully ready for a big league call later in the season.

"He gives us a little bit more of a catch-and-throw guy behind the plate against teams that run," Ricciardi said about Fasano recently. "Hopefully, Diaz is ready around June or July, and we'll evaluate it at that point."

Diaz, 24, hit .320 with four homers and 40 RBIs in 93 games between Double-A New Hampshire and Triple-A Syracuse in 2007. The native of Monte Plata, , was limited with a left hand injury late in the season that required surgery, but he is expected to be fine by Spring Training.

Having Diaz compete for a big league job this spring might be a stretch, but he certainly could force 's hand later in the year. Over the past four seasons, Diaz -- signed as a non-drafted free agent by the Jays in 2000 -- has been named to six Minor League All-Star teams, and he was a participant in last season's Futures Game during the MLB All-Star festivities in .

Thigpen, 24, spent 47 games with the Blue Jays last season, hitting .238 with 11 RBIs and serving as a backup catcher and first baseman. Last year at Triple-A, Thigpen hit .285 with three homers and 20 RBIs in 50 games, and he has career Minor League marks of .279 and .370 in average and on-base percentage, respectively.

Ever since took Thigpen in the second round of the 2004 First-Year Player Draft, the club has been high on his offensive promise. During his abbreviated stint with the Jays, Thigpen also displayed his abilities behind the plate, throwing out runners at a 36.4 percent clip. There's an outside chance Thigpen could vie for the backup job this spring, but it's more likely that he or Diaz will get the call later in the season. The only question mark is when such a promotion might come.

"Obviously, the kids will dictate that and Sal will dictate that," Ricciardi said. "If the kids are really playing well, I think we'll be put in a position where we may try to get them up here. I think this buys us enough time that we know we have a comfort in a guy that we like." 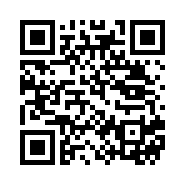