Glaus, Overbay seek healthier season as both set to return
By Jordan Bastian / MLB.com , 01/09/200810:00 AM ET
之前就說過一定會把全部翻完的，只是沒想到開始有時間已經是六月了，乾脆把他放當初二月的時間比較好整理，同時也是用超快速翻譯法的，那些成績就看原文吧，我相信大家應該都看得懂的。
多倫多新球季的希望取決於他們的一、三壘手是不是健康的。
新球季的一、三壘手是Lyle Overbay和Troy Glaus，但這兩人去年一整季傷痛不斷。
Gibbons說他們應該新球季開打就健康了，要是沒有藍鳥就慘了。
他們兩人都在2006年來到球隊，同時都提供了貢獻。
去年，右手的骨折讓Overbay經歷了兩次手術並且缺席了31場比賽。Glaus的左腳後跟更是讓他提前離場，被列入Day to Day如同吃飯喝水一樣稀鬆平常。
傷痛也讓他的成績比起2006年退步不少。
藍鳥希望用在Glaus身上的神經減壓手術能讓他們在即將而來的球季覺得薪水沒有白付。
GM Ricciardi對於這些事發表場面話。
Glaus+大痛+Wells+Rios+Overbay：希望最美，有夢相隨。
Overbay在2006年被交易來以後真的打得很好，也讓藍鳥跟他簽下一紙四年2400萬的合約。
去年被白襪的John Danks砸到右手而進入DL，所有成績開始探底。
六月的手術在他手裡植入兩支鋼釘，但是這從他在七月歸隊後就持續影響他的揮棒，最後在九月再去開刀把鋼釘拿出來。
“醫生說這是一定會被影響的，”Overbay說到，”不過現在已經好了，我相信這不需要擔心了。”
藍鳥隊希望他們不會白付Overbay剩下三個球季的薪水。(2007年580萬，2009、2010都是700萬)。
這兩個位置的替補是一堆老將。
從運動家換來的Scutaro會替補三壘。
“因為Glaus會受傷，所以我們把Scutaro弄來了。”Gibbons說到。
McDonald偶爾也可以守三壘，Matt Stairs則可以替補一壘。
原文：
TORONTO -- Much of the Blue Jays' high hopes for the coming season hinge on a clean bill of health up and down their roster. That fact is especially evident when peering at the corners of Toronto's infield.
The Jays enter the 2008 campaign with LyleOverbay and Troy Glaus slated to return as their starting first and third basemen, respectively. Both play an integral role in Toronto's lineup and each dealt with varying injuries that dogged their production last season.
"They should be fine for Spring Training," Blue Jays manager John Gibbons said earlier this winter. "We need those guys to have full years."
Overbay and Glaus showed exactly what they're capable of doing over a full season during the 2006 campaign, which was the first year in Toronto for each player. During that season, Glaus anchored the middle of the Jays' order as a potent power threat, while Overbay provided the club's most consistent bat over the entire year.
Last year, a broken right hand in June forced Overbay to miss 31 games and eventually led to two surgeries. Glaus suffered a left heel injury in April and he was in and out of the lineup all season until undergoing season-ending surgery on the foot in September. Both injuries slowed the players' production while they managed to stay in the lineup.
In 115 games last season, Glaus hit .262 with 20 home runs and 62 RBIs. It was a decent showing for the number of games he played, but still a slight drop-off from his average production during his career. In 2006, Glaus hit .252, clubbed a team-high 38 homers, and drove in 104 RBIs after being acquired in a trade with the Diamondbacks.
The Jays are hoping the nerve decompression procedure Glaus had performed on his ailing left foot in mid-September, coupled with an offseason of recovery, can help the slugger return to his previous form. The 32-year-old Glaus, who is scheduled to make $12.75 million this year and has an $11.25 million player option for '09, suffered from plantar fasciitis in the foot, leading to constant pain and some ankle problems at times.
"I feel bad for the guy, because it started in Spring Training," Jays general manager J.P. Ricciardi said at the end of the season. "He just couldn't have a healthy season. So it's a relief in the sense that we know what it is and we can take care of it, and he can be healthy for Spring Training."
If healthy, Glaus can team with designated hitter Frank Thomas, center fielder Vernon Wells and right fielder Alex Rios to form an intimidating foursome in the heart of the order. Adding a healthy Overbay -- one of only three left-handed hitters on Toronto's projected roster -- to the equation would make Toronto's lineup that much stronger.
In 2006, after being picked up from the Brewers in a trade, Overbay posted a .300 average or better in every month but April and finished with a .312 mark for the season. In 157 games that season, the first baseman collected 22 doubles and also posted career highs with 22 homers and 92 RBIs. That production led the Jays to reward Overbay with a four-year contract extension worth $24 million prior to last season.
In the first year of that deal, Overbay appeared in 122 games -- the first time he played in fewer than 157 games since 2003 -- and hit .240 with just 10 homers and 44 RBIs. Overbay was struck on the right hand by a pitch from Chicago's John Danks on June 3, sending the Jays' first baseman to the disabled list.
Overbay returned to the lineup in July, but he struggled to regain his form due to the injury. During surgery in June, Overbay had two pins place in his broken hand, and he later had season-ending surgery in September to remove the pins. Overbay's hand didn't respond well to the first operation and his swing was affected by the injury for the remainder of the season.
"The doctors looked at it and said that sometimes the body doesn't react right to it," said Overbay, referring to the pins in his hand in September. "It's just been restricting me. ... I just figured we could get [the second surgery] done and not have to worry about it anymore."
Toronto is hoping that the second operation will help the 31-year-old Overbay rebound in time to be ready to go for Spring Training. All indications are that that will be the case, which would be great news for the Jays, who are paying Overbay $5.8 million during the 2008 season and $7 million in each of the following two campaigns.
Behind Overbay and Glaus on Toronto's depth chart are a cast of veterans who can fill in throughout the season.
In November, the Jays acquired 32-year-old infielder Marco Scutaro from the A's in exchange for two Minor League pitchers. Should Glaus face any setbacks, Scutaro appears to be first in line to fill in at third base, where he spent 36 games last season with Oakland.
"The key is we have to have somebody to fill in for Glaus over at third if he comes up lame," Gibbons said about Scutaro. "We don't know what's going to happen there. We think he's healthy, but who knows?"
Besides Scutaro, Toronto has infielder John McDonald to help out at third, if needed. At first base, Toronto can turn to 39-year-old Matt Stairs on occasion to spell Overbay, if necessary. Stairs, who emerged as one of Toronto's most productive players on offense last season, filled in for Overbay while the first baseman was injured last season. 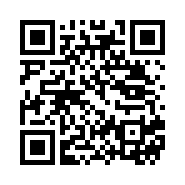