Blue Jays' outfield situation will rely primarily on healthy '08
By Jordan Bastian / MLB.com , 01/23/200810:00 AM ET
傷痛問題影響著外野的戰力。
Vernon Wells和Reed Johnson要能從傷病中反彈，此外Matt Stairs和Alex Rios必須維持他們的火力。
看起來藍鳥擁有大聯盟頂尖之一的外野陣容，但這端看Wells的狀況而定。
簽下大約之後這名三度美聯金手套的明星就開始走下坡了。
和2006年比起來，2007年對他或是對球隊來說都是災難。
原因是早在2006年就已經受傷的肩膀。
Wells：我感覺傷勢已經慢慢的好了。
Wells的健康+合約讓藍鳥球迷忐忑不安。而Johnson因為背傷而離隊3個月也讓人懷疑他的未來。
Reed去年的成績爛透了，而他在下一個冬天可以成為自由球員。
Johnson對自己的未來很有信心。
2006年時他打得很好，也因此藍鳥給了他一紙327萬5千的合約，但是在X-Stein來了之後情況就變了。
在二月將滿40歲的Stairs是藍鳥去年意外撿到的寶，他主要會是Johnson和Overbay的替補。
去年的Stairs可說是老來俏的代表。
Ricciardi說：我們要給Stairs加薪。
在給Rios一筆高薪長約之前，今年應該會先簽一筆一年的短約來避免仲裁。
不論最後結果如何，Rios都在去年提供藍鳥充足的炮火。
天空才是你的極限這句話非常適合Rios。Ricciardi這麼說到。
Adam Lind是我們的未來。
他的小聯盟成績太出色了，但是一到大聯盟就鳥掉了。
我們希望給他天天先發的機會，這也就是我們決定季初還是把他放在3A的原因，以備保持手感可以隨時上來。
原文：
TORONTO -- While the Blue Jays' cast of outfielders would appear to form one of the club's greatest strengths, the group enters 2008 with a level of uncertainty. Determining how reliable Toronto's outfield can be will take time.
The Jays are hoping that Vernon Wells and Reed Johnson can rebound successfully from injury-plagued campaigns. Beyond those wishes, Toronto is also counting on a continuation of the strong showings turned in by an aging slugger in Matt Stairs and a budding star in Alex Rios.
If all four of Toronto's outfielders can play to their potential, the Blue Jays might be able to boast one of the top groups in the American League. In order for that to happen, though, a lot has to go the Jays' way this season. Any success Toronto has in that regard might just begin in center field, where Wells is set to roam for a seventh straight season.
Coming off an impressive showing in 2006, the Jays handed Wells a seven-year contract extension worth $126 million -- a pact that goes into effect this season. The deal was justified when it was signed two winters ago, but that was before the three-time Gold Glove Award winner labored through a forgettable 2007.
In 149 games, Wells hit just .245 with 16 home runs and 80 RBIs. That was a stark contrast to his showing in 2006, when he was a starter on the American League All-Star team and finished with a .303 average, 32 homers and 106 RBIs. The culprit behind Wells' woes turned out to be an injured left shoulder.
Last season, Wells played through the injury, which first became an issue in May 2006. After struggling through much of the '07 season, Wells went under the knife on Sept. 25, when renowned arm specialist Dr.

James Andrews repaired a torn labrum in the outfielder's shoulder and decompressed a troublesome cyst.
"It's getting better. It's still a work in progress," Wells said from his home in Texas in December. "Slowly, but surely, I'm getting ready to go for Spring Training. I absolutely expect to be ready. I'm ready to, obviously, do a little better than I did this past season."
A healthy Wells would provide a tremendous boost to Toronto's offense and defense, as well as ease the minds of Jays fans who might question his hefty contract. Toronto is hoping for a similar return to form for Johnson, who was sidelined for three months following major back surgery in April.
In 79 games last season, the 31-year-old Johnson -- eligible to become a free agent next winter -- hit .236 with two homers and 14 RBIs. Johnson landed on the shelf early in the season after having an operation to repair a herniated disc in his lower back, and the left fielder struggled after returning in July.
"I'm the type of player that, when something like this happens to me, it fuels me," Johnson said at the end of the season. "I'm going to make sure it doesn't have an effect on the rest of my career. I'm going to come out next year, and I'm going to show everybody that I can still play at an elite level."
In 2006, Johnson hit .319 with 12 homers and he led all AL leadoff men with a .390 on-base percentage. Toronto inked Johnson to a $3.275 million contract for '08, but the Jays signed shortstop David Eckstein to serve as the new leadoff man. While Johnson will return to left field, he'll do so now as part of a platoon with Stairs.
Stairs will turn 40 years old in February, but his production last year convinced the Jays to hand him a two-year extension worth $3.25 million in November. In '07, while signed for just $850,000, Stairs wound up with unexpected playing time due to injuries to Johnson and first baseman LyleOverbay.
Over 357 at-bats across 125 games, Stairs hit .289 with 21 homers, 64 RBIs and a .549 slugging percentage. Stairs' average and slugging percentage were his highest marks since 2003, and his 21 long balls and 58 runs scored represented the most he'd compiled since 2000. Stairs also clubbed 28 doubles, which were his most since 1998.
"He definitely outperformed his contract," Ricciardi said. "He had such a good year, we knew we weren't going to get Matt Stairs for $850,000 again, nor should we. We should reward the player when he does well, and he did well. It's nice to see and be able to reward the guy."
Toronto is currently in talks with Rios' representatives about rewarding the Blue Jays right fielder with a long-term contract. Those discussions could last into Spring Training, so the sides may opt to settle on a one-year deal for 2008 to avoid arbitration. Rios' camp has requested a salary of $5.65 million, while the Jays have countered with an offer of $4.535 million.
No matter what the Jays end up paying Rios -- Toronto's lone All-Star in 2007 and runner-up in the Home Run Derby -- he's proving to be a very valuable piece of Toronto's roster. Last year, Rios appeared in 161 games and hit .297 with 24 homers and 85 RBIs. Rios, who turns 27 in February, also stole 17 bases, tallied 43 doubles, scored 114 runs and collected 320 total bases.
"The sky's the limit for Rios. Rios can be anything he wants to be in this game," Ricciardi said at the end of the season. "Rios has a chance to become a really good outfielder and I think if he takes as much pride in his defense as he does with his offense, the sky's the limit for him."
Behind Toronto's four outfielders on the depth chart is prospect Adam Lind, who has had stints with the Jays in each of the past two seasons. Lind, 24, impressed the club as a September callup in '06 and was summoned from the Minors to fill in for Johnson in April.
Lind, who owns a .316 career average in the Minor Leagues, spent 89 games with the Jays last year and hit .238 with 11 homers and 46 RBIs. Lind projects to have a more regular role with the Jays by '09, so the outfielder appears set to open this season with Triple-A Syracuse.
"We like Lind a lot," Ricciardi said. "But we don't want to put him in a platoon role. We want to put him in a situation where he can play, and this allows him to play the whole year at Triple-A. If something happens in the way of an injury, we've got him to play." 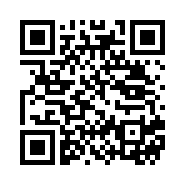