Jays have offense, defense covered in middle of diamond
By Jordan Bastian / MLB.com , 01/16/2008 10:00 AM ET
就叫它黑洞或旋轉門好了，多少年下來藍鳥還是搞不定游擊這個位置。
從Alex Gonzalez在2001年出賽153場以後，總共有16人出現在這個位置，現在開放競爭。
不過沒想到David Eckstein被我們簽下來了。
這就是說麥當勞去年守得再好還是得回去坐板凳。
只能說：自由市場瞬息萬變阿！
Ricciardi說：我們終於得到他了。
打擊比較好的Eckstein會過來當第一棒。
但是他去年的守備很爛。
不過他說去年並不是他最好的表現，他也不覺得他的防守真的有很爛。
所以現在他很期待新球季來證明自己。
X-Stein守備不足的地方Hill和新同學Scott Rolen會負責彌補。
即將在三月滿26歲的Hill去年在多項守備成績表現出色，他也逐漸成為藍鳥隊的防守大將。
隊友麥當勞這麼說到：他不是那些棒球公務員，他很認真地從比賽中去學習。
Hill 的打擊成績也不含糊，上大聯盟三年來他的多項成績每年都在進步。
去年他的單季二壘打數刷新隊史二壘手的紀錄，全壘打數也追平隊史紀錄。
Hill談Alomar：他做了很多了不起的事，要拿我跟他比較還太早了
Overbay-Hill-McDonald-Rolen的防線會讓Doc安心投球。
這兩個位置的替補會是麥當勞和工具人Scutaro。
原文：
TORONTO -- Call it a black hole or compare the position to a revolving door. Try as they might, the Blue Jays just haven't been able to boast a long-term solution at shortstop for several seasons.
Back in 2001, Alex Gonzalez manned short for 153 games for Toronto. Since then, the Jays have cycled through 16 different shortstops. This season, Toronto is set to open the campaign with yet another new middle-infield tandem -- the latest change once again involving that troublesome spot.
In an unexpected move in December, the Jays snagged veteran David Eckstein off the free-agent market with a one-year contract and named him their new shortstop. He's set to team with the sure-handed Aaron Hill, who is emerging as one of the top second basemen in the American League.
The Eckstein signing caught many people off guard because Blue Jays infielder John McDonald captured the everyday job at short last season with his stellar defense. Then, Toronto rewarded McDonald with a two-year extension in September, indicating at the time that he was likely the starter going forward.
That changed when the Jays realized they had an opportunity to sign Eckstein.
"We've always liked Eckstein," Blue Jays general manager J.P. Ricciardi said in December. "It's a situation where it fell in our lap. It was one that we talked a little bit about, but it wasn't high on our agenda until a couple other things played themselves out."
While McDonald can provide better defense, Eckstein offers a little more with the bat. Toronto's newest shortstop will also serve as the club's leadoff hitter, which is a role the Jays hoped to upgrade. Eckstein, 32, hit a career-best .309 last year with the Cardinals, compared to .251 for McDonald. But McDonald's skills are more evident in the field.
While winning the everyday job at short over Royce Clayton -- a one-year signing that didn't pan out last season -- McDonald posted a .986 fielding percentage and made just eight errors over 102 games. Eckstein committed 20 errors in 114 games for St. Louis, though it was only the second time in the past five seasons that he made more than eight errors in a campaign.
"John is a great player and is definitely known as a great defensive shortstop," Eckstein said. "If you watch the style of game I play, I'll give you everything I have. I do take a lot of pride in defense and I know this past year wasn't my best performance.
"But if you look at years past, I think that's definitely what I expect of myself for the upcoming season."
Any defense that Toronto might lose by turning to Eckstein this season could be masked by the presence of

Hill at second and newly acquired third baseman Scott Rolen. When healthy, Rolen is arguably baseball's top defender at the hot corner, and Hill -- drafted as a shortstop by the Jays in 2003 -- is making a name for himself as an above-average second baseman.
Last season, Hill led all Major League second basemen with 560 assists, ranked first among AL second basemen with 114 double plays and finished with the Majors' third-highest zone rating (.849) at his position. Hill, who will turn 26 in March, has already stepped up as a kind of field general among Toronto's infielders, too.
"He's not somebody who just puts his spikes on, grabs his glove and goes out and plays second base," McDonald said. "He holds in all of the knowledge -- the things he learns from game to game. In that regard, I think he's a step above some other players, because he's very intelligent out there."
Hill's no slouch on offense, either. Last year, he hit .291 with 17 home runs, 47 doubles and 78 RBIs in 160 games for the Blue Jays. His totals for hits, homers, doubles, RBIs, runs scored and games played have increased in each of Hill's first three big league seasons.
Hill also made his mark in Toronto's record book in 2007. The 47 doubles that he collected bested Roberto Alomar's single-season team record of 41, which was set in 1991. Hill's 17 homers also tied the mark for the most in one season by a Jays second baseman -- a record he now shares with Alomar (1993).
"He's done some fantastic things," Hill said about Alomar. "But I'll never compare myself to him. Well, we'll see. When my career's over, I guess we can compare each other. I've got a lot to do to catch him."
When Toronto sends a ground-ball pitcher like ace Roy Halladay to the mound, it's entirely possible that McDonald would get the nod over Eckstein at shortstop. An infield consisting of first baseman LyleOverbay, Hill, McDonald and Rolen would easily be one of the best defensive groups in the game.
McDonald is versatile enough to also spell Hill on occasion at second base, if needed. Earlier this offseason, Toronto also acquired utility man Marco Scutaro in a trade that sent two pitching prospects to Oakland. Scutaro can fill in, as necessary, at second, short or third base, giving the Jays ample depth at the big league level. 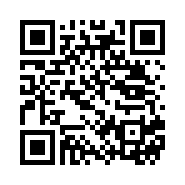