Thomson, Ohka have the opportunity to land last two spots.

The Blue Jays became bargain hunters this winter after coming up empty-handed in their initial search for rotation help.

Toronto wasn't able to add the top two free agents it targeted, leaving a pair of vacant spots on its starting staff. With the number of available arms dwindling, the Jays began weighing risk versus reward. Toronto used incentive-based contracts to reel in free agents John Thomson and Tomo Ohka, who are both coming off shoulder injuries but have the potential to solve the club's need for innings.

Now, it'll be survival of the fittest during Spring Training for Thomson, Ohka and a group of pitchers vying for the two jobs at the back end of Toronto's rotation. Once those spots are solved, the Jays should have a formidable staff, which is led by Roy Halladay and A.J. Burnett -- one of the top one-two punches in the league.

Having Thomson and Ohka fending off a pack of young pitchers this spring was, essentially, Plan C. Toronto's first plan was to sign Ted Lilly and Gil Meche, who opted instead for deals with the Cubs and Royals, respectively. For Plan B, the Jays entertained the possibility of using trades to bolster their staff, but no deals came to fruition.

So Toronto took a chance with Thomson and Ohka, who will each start with a base salary of $1.5 million if they make Toronto's Opening Day roster. Shaun Marcum, Josh Towers, Casey Janssen and Dustin McGowan will also be competing for jobs behind Halladay, Burnett and left-hander Gustavo Chacin.

"Right now, Ohka and Thomson are going to come in with the opportunity to win a job as a starter," Ricciardi said. "Ideally, you'd like all of these guys to come in and do as well as they can to create a very aggressive and competitive environment. But you know someone's going to get hurt, or someone's not going to be able to start the season or something."

Lack of depth was something that hurt Toronto last season, when numerous injuries took a toll on the staff. Halladay, who went 16-5 with a 3.19 ERA and finished third in American League Cy Young voting in 2006, missed a few starts due to a right forearm strain. Burnett and Chacin each missed more than two months after suffering similar elbow injuries.

Complicating Toronto's health issues were the struggles of Josh Towers, who was unable to replicate the 13-win season he had in 2005. Towers went 2-10 with a 8.42 ERA, and he was demoted to the Minors twice. The right-hander will have to prove a lot this spring in order to overtake Thomson or Ohka for one of the two remaining jobs.

"Going into Spring Training, I know [Towers is] going to want to get off to a good start from the get-go," Toronto manager John Gibbons said recently. "He's got something to prove, but his whole career has been like that. I know he's anxious to get going to show that last year was a fluke."

One positive that Toronto was able to take out of its pitching woes last season was that young pitchers like Marcum and Janssen gained valuable experience. Marcum made 14 starts as a rookie, going 2-1 with a 3.31 ERA over his last seven outings. Janssen, who made 17 starts, went 5-2 with a 3.07 ERA in his first nine trips to the mound.

"We really threw those guys into the fire," Ricciardi said. "If you think about it, we sat for nine weeks without Burnett and 12 weeks without Chacin. I don't know where we would've finished without [Marcum and Janssen]. Those guys did a really good job under very difficult circumstances."

"We didn't finish as high last year as we wanted, but maybe the silver lining is we got experience for some guys who we're going to have to count on," Gibbons said. "We don't know how our fourth and fifth starters are going to stack up. But if those guys are one of them, they have just enough experience under their belt now where it's not new to them. That's big."

Keeping the rotation healthy would be even bigger. Burnett, who signed a five-year deal worth $55 million with the Jays last offseason, won 10 games in 21 starts, Chacin tallied nine wins in 17 starts, and Halladay finished with his most wins since taking home the AL Cy Young Award in 2003.

Lilly also won a career-high 15 games for Toronto last season. The Jays believe that Thomson or Ohka -- or both -- are capable of replacing what was lost with Lilly's departure, though. Thomson won 14 games in 2004, and he has logged more than 180 innings three times. Ohka picked up 13 wins in '02, and he's also pitched more than 180 innings in a season on three occassions.

"We have a good club. I like the way we shape up," Ricciardi said recently. "We had two guys take the ball all year last year -- only two: Halladay and Lilly. If we can get Halladay, Burnett and Chacin to take the ball every fifth time, we're way ahead of where we were last year." 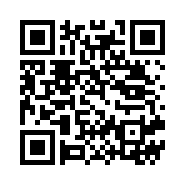