Wells will continue to anchor middle of Blue Jays lineup

The Blue Jays had their doubters. The rumblings began last season, when it wasn't clear whether or not Vernon Wells would be suiting up for Toronto come 2007.

Trade rumors gained momentum once the offseason rolled around, making Wells' departure seem more imminent. The center fielder was under contract for '07, but he'd be in for a huge payday if he became a free agent the following winter. In a booming market, critics weren't convinced that the Blue Jays had a deep enough pocketbook to lock Wells up with a long-term deal.

Toronto proved its naysayers wrong, though. In December, the Jays made arguably their biggest move of the winter by signing Wells to a seven-year, $126 million extension that begins with the 2008 season. So, with the rumors quashed and Wells in the fold for this year and beyond, Toronto can once again claim one of the best outfields in baseball.

"It's the prime of his career and a time when he's probably going to play his best baseball," Toronto general manager J.P. Ricciardi said after signing Wells. "It was more important to us to retain the player and work from inside out than it was to not have the player and start thinking about, 'How do we do other things without the player?'"

With Wells still in center field, the Blue Jays will be able to keep Reed Johnson in left and Alex Rios in right. Johnson and Rios, who are both coming off career years at the plate, might've had to consider new positions if Wells were out of the picture.

Keeping that trio intact, on the other hand, gives the Blue Jays one of the strongest defensive outfields around. Wells, who won his third consecutive American League Gold Glove Award last year, Johnson and Rios have combined for 73 outfield assists and 16 errors since the start of the 2004 season.

In a stadium like Rogers Centre, where the artificial FieldTurf can make the outfield gaps difficult to defend, having three outfielders with good speed and strong arms is important.

"It's a fast game on that turf," Blue Jays manager John Gibbons said. "If those guys can cut baseballs off in the gaps, you combine that with those three arms -- I don't think you can find a better trio in baseball."

"They can equalize the running game -- keep guys from taking extra bases," he added. "It's huge. All three of them won us a lot of games out there with their defense and offense."

Wells has become the focal point of Toronto's potent offense. Last year, he hit .303 with 32 home runs and a team-high 106 RBIs primarily out of the No. 3 spot in the lineup. It marked the second time in four years that the 28-year-old Wells topped 30 homers and the third time in his career that he reached at least 100 RBIs.

Wells' production was also aided by the offensive years that both Johnson and Rios had in 2006. Johnson thrived as Toronto's leadoff hitter and Rios spent much of his time in the second spot of the order for the Jays.

"We know what Vernon is going to give us," Gibbons said. "I think Alex is just scratching the surface with what he's capable of doing. Reed is kind of coming into his own and he flourished in that everyday role."

Rios was limited to 128 games due to a strange staph infection in his left leg, though. The freak injury landed him in a Toronto hospital for more than a week and sidelined him for a month. The injury took a toll on Rios' production in the second half and the Jays are looking forward to seeing what he can do over a full season in 2007.

"I expect him to have a good year and just keep getting better and better," Gibbons said. "Last year he eliminated some doubts as to whether he was going to hit any home runs at all and then he hit a bunch early. After that staph infection, he came back and didn't hit many, but we saw him do it and now we know he can do it."

This winter, Toronto lost outfielder Frank Catalanotto, who signed as a free agent with the Rangers. The Jays signed Canadian outfielder Matt Stairs to a Minor League contract in December with the hope that he can serve as the club's fourth outfielder. Stairs hit .247 with 13 homers and 51 RBIs in 117 games with the Tigers, Royals and Rangers last year.

Minor Leaguer Adam Lind also provides an outfield option for the Blue Jays. The 23-year-old left fielder rapidly climbed up the organizational ladder last year and impressed Toronto by hitting .367 in 18 September games with the Jays. Lind could make the Major League roster this spring, but Toronto might prefer to have him get more at-bats at Triple-A to continue his development. 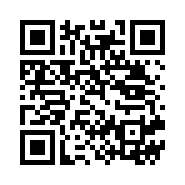