Same Old, Same Old
The question on everyone’s mind seems like it has been the question on everyone’s mind for ages in Green Bay: Is Brett Favre retiring? We haven’t heard anything yet, which would indicate that he’ll be back. Favre doesn’t want to put the Packers in an uncertain situation, so presumably if he were going to announce his retirement, he would have done it early enough in the off-season that the Packers could have signed another quarterback.

The Packers have started their off-season conditioning program, and Javon Walker is skipping it. Last year Walker threatened to skip training camp in a contract dispute, quarreled in the media with Favre, showed up to camp on time despite failing to get a new contract, tore his ACL in the season opener, and fired agent Drew Rosenhaus. It’s been a turbulent year, and the Packers have to wonder whether Walker will be ready to contribute physically or mentally.

Speaking of the Packers’ off-season conditioning program, Mike McCarthy insisted that the team radically overhaul its weight room when he discovered that the team had been lifting with machines much more than free weights. Strength training experts are nearly unanimous that free weights are superior to machines because they force the lifter to stabilize the weight, and it’s surprising that an NFL team would still rely on machines.

In free agency, Green Bay lost center Mike Flanagan to the Texans. It wasn’t long ago that the Packers had the best interior offensive line in football, but with Mike Wahle and Marco Rivera leaving last year and Flanagan leaving this year, the middle of the line is a problem in Green Bay.

Running back Ahman Green’s value certainly has declined since his great 2003 season. He recently agreed to a one-year deal worth $1.75 million. Najeh Davenport, who Favre once said would lead the league in rushing if he were a full-time starter instead of Green’s backup, also signed a one-year deal. Of course, there’s no guarantee that Green and Davenport will beat out the minimum-salary youngsters, Samkon Gado and Noah Herron, for playing time.

The four-year, $21 million contract Green Bay gave defensive end Aaron Kampman was a good deal for both sides. It allows the Packers to hang on to one of their top players from last season, and it gives Kampman a front-loaded deal worth more than $12 million this season. Looking to bolster the defense, the Packers have added two likely starters, tackle Ryan Pickett from the Rams and strong safety Marquand Manuel from the Seahawks. The Packers also plan to talk to free agent cornerback Charles Woodson. Signing him would be a mistake, though. He has never lived up to his promise and isn’t worth the kind of money that he’ll demand.

In one of those stories that isn’t a big deal now but will be if a Vikings-Packers game goes down to the final seconds, kicker Ryan Longwell left to join the Vikings. Green Bay brought in Billy Cundiff to replace Longwell.

Draft Preview
There has been some talk that if Favre retires, the Packers will take a quarterback, but that just doesn’t make much sense. Aaron Rodgers was the first-round pick last year, and even though there’s a new regime in the Green Bay front office, they’d be crazy not to at least give Rodgers a chance to prove himself before moving on to the next hot young prospect.

Defense makes a lot more sense, and Hawk seems to be the most common projection for the fifth spot, which Green Bay owns. Hawk is generally recognized as the best of a good group of linebackers in this year’s draft. He would probably start immediately, in place of Brady Poppinga, who currently resides atop the depth chart at strongside linebacker. 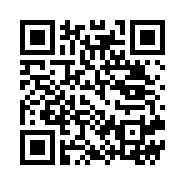