Gregg Zaun doesn't have to worry about a repeat of last offseason. Toronto has made Zaun its No. 1 catcher, and the club has no intention of going back on its word.

Last winter, Zaun believed he was the Blue Jays' primary catcher as late as February, when Toronto then decided to switch gears shortly before pitchers and catchers reported to Spring Training. The Jays signed free agent Bengie Molina, pushing Zaun into a backup role.

Now, though, Zaun has a two-year, $7.25 million deal in hand from Toronto, which added a vesting option worth $3.75 million for the 2009 season. The Jays also bought out the contract of Molina, who subsequently signed with San Francisco.

"This is always where I wanted to be," Zaun said at his press conference in late November. "I can't tell you how much I feel at home here."

Zaun's attitude could have easily turned against Toronto after the Molina signing. After all, Zaun was the Jays' No. 1 option behind the plate in 2004-05 -- appearing in 240 games over those two seasons -- before being forced into the platoon with Molina. Being a backup wasn't something Zaun had been used to with Toronto, even if it had been a familiar role throughout much of his career.

Before 2004, which was Zaun's first campaign with the Jays, his lone season with at least 100 games played was in 1998, when he was with the Marlins. From 1998-2003, Zaun never appeared in more than 83 games in any season. It wasn't until he signed with Toronto that he became a regular starter for longer than just one season.

"This is where my career turned around," he said. "I was kind of just spinning my wheels as a Major League player for a long time. I got an opportunity to get out there [with the Jays] and really find out what kind of player I could be. I always thought I had an idea, but it wasn't until I became a Blue Jay that I really knew."

Zaun set multiple career highs as a starter in 2005, but he actually bested some of those marks in limited action last season. In 290 at-bats over 99 games, which represented the fewest totals in either category for him since 2003, he set personal bests with 12 home runs and a .462 slugging percentage.

The process of signing him didn't come without a minor glitch, though. Zaun balked at Toronto's initial offer, and the Jays then turned their attention toward free agent Rod Barajas. According to Toronto general manager J.P. Ricciardi, the club reached an agreement with Barajas, who backed out of the deal at the last minute. That's when the Jays worked out the deal with Zaun.

"Zaunie was our first choice all along," Ricciardi said after signing him. "For us, it's worth having a guy who knows our staff and knows what we're all about. He's a tough out in our lineup."

One weakness that Toronto's catchers had last season was stopping the running game. The Blue Jays allowed an American League-high 130 stolen bases in 2006. Molina had a caught-stealing percentage of 16 percent, and Zaun's rate wasn't much higher, at 17.9 percent. Only San Diego (150) allowed more stolen bases last year.

Catchers have a tendency to receive most of the blame when runners advance so easily, but manager John Gibbons noted last year that the pitching staff was also partly at fault.

"It always registers on the catcher -- no question," Gibbons said in September. "Next year, you never know who's going to be on the [pitching] staff, but it's an area that we're going to have to look at -- shortening up [deliveries] a little bit all around."

Jason Phillips, 30, is set to assume the backup duties in 2007. Last season, Phillips spent the majority of his time at Triple-A, where he hit .273 with seven home runs and 40 RBIs in 70 games with Syracuse. In 25 games with Toronto, he hit .250 with six doubles.

Like Zaun, Phillips -- who can also back up Lyle Overbay at first base -- also saw his playing time reduced last season. From 2003-05, he played for the Dodgers and Mets, appearing in at least 119 games each year. He also clubbed 10-plus homers and 50-plus RBIs in two of those seasons.

Toronto doesn't have a clear-cut solution for a third-string catcher. The Jays might look to obtain another catcher to place at the Triple-A level in order to add some depth behind Zaun and Phillips. Otherwise, Toronto may have to turn to some of its prospects in an emergency situation.

One of those, Curtis Thigpen, who turns 24 in April, is probably the closest to being Major League-ready. Last season, Thigpen hit .260 with six homers, 28 doubles and 45 RBIs over 100 games between Double-A New Hampshire and Triple-A Syracuse. He hit .307 with nine doubles in 23 games in the Arizona Fall League. 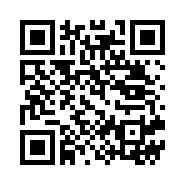