Of all the teams that found themselves decimated by injuries last season, it might have been most lamentable for this team.

Firstly, it was their last season in and it would have been a fitting end to see them in the post-season before they headed back home to .

Secondly, as a result of this team's record, Chris Paul has been leapfrogged by Deron Williams in the minds of many as the better of the two point guards.

Lastly, though, it feels most unfortunate because even though this team was consistently hampered by injuries, they never threw in the towel on the season. They never allowed the idea of injuries to derail their efforts to reach the Playoffs. At a time when only Tyson Chandler was around to carry this team, he did to the best of his abilities and when Paul and David West both returned to the lineup they still had a fighting shot at playing past April.

In the end they finished three games back of the Golden State Warriors - and of the Playoffs - and now look towards 2007-2008 with all of the confidence a year together under your belt can offer.

That familiarity will be most beneficial to Paul. A point guard like Paul, who runs the show in a far more improvisational fashion than Williams, needs all of the comfort with his teammates he can get in order to maximize their potential. Each year under his belt in an NBA uniform leaves him a little bit better equipped than the year before (although 17.3 ppg and 8.9 apg is a fine place to be right now). While he's already a polished playmaker despite only two seasons to his name, he can still find a way to utilize his own offense better. He definitely needs to find his spots on the floor and stick to them in an attempt to get his percentages up and he needs time on the court with his oft-injured brothers-in-arms if he is to figure out how much the team even needs from him offensively.

To help to that end it would be nice if Peja Stojakovic can avoid going out for the season after only a smattering of games in November. His outside shot could do wonders to open up the floor for Paul's penetration and even pull defenders away from David West and his mid-range game. Theoretically Peja should be this team's first or second highest scorer per game, and in order for that to happen he is going to have to be healthy enough to play.

It is especially important for Peja to stay healthy because outside of the starting five this team doesn't have much depth available to make up for injuries. The Hornets basically swapped Desmond Mason and Devin Brown for Morris Peterson this summer and drafted Julian Wright and then stood pat. There isn't much to offer teams as a threat off of the bench and that could come back to hurt this team down the road.

So that means that this team, with its history of injuries, now has to play its starters heavy minutes in order to stay competitive enough to challenge for a Playoff spot in the West. It would be somewhat foolhardy to expect anyone in the West to really fall out of their top-eight spot if they had one last year, so that means that the Hornets have to try and steal a spot from one of those teams. To do that they are going to have to exhaust their main guys and hope that everyone stays healthy enough to complete 82 competitive games in an insanely competitive Division within a very strong Conference. This isn't a case of 'it can't be done', merely a classic case of an uphill battle, personified.

This team does have a reason for hope, though. In the last two seasons, with basically the same level of talent, they have only narrowly missed the Playoffs. Going into the season Tyson Chandler has to feeling a whole lot more confident than he did this time last year. Morris Peterson has something to prove after a down year in . David West wants to regain the recognition he was attaining in his bid for Most Improved two seasons ago. And, of course, Chris Paul wants to remind everyone why only twelve months ago they were calling him the best pure point guard outside of Kidd and Nash. There are a number of teams that would like to have that kind of oomph heading into November in an attempt to crash the post-season.

The comparisons that he and Deron Williams will face for the foreseeable future are unfair for both players. While they are both top-tier pass-first point guards, they both play very different styles for very different teams. Perhaps it should suffice to look at them as two sides of the same coin; one is a master in the lane while the other can hit shots from anywhere. One plays in a wide-open offence while the other plays station-to-station in a rigid motion offense. One dazzles with his creativity off the dribble while the other sets the offense from the top of the key. One averages 17.3 and 8.9 while the other averages 16.2 and 9.3. Let's just call it a wash and leave them be.

It is a testament to how few people watched the Toronto Raptors that all through last season people were utterly perplexed that Peterson was coming off of the bench. In fact Peterson was his typical, inconsistent self. After a brilliant 2005-2006 season he reverted back to old habits of parking himself behind the arc and disappearing for games at a time. Perhaps with a bigger role and a fresh start he can reinvigorate his career that has been all over the map since winning the NCAA title with in 2000. There is no doubt that he is the team's most potent backcourt scorer and one of their best defenders on the perimeter, but he has to commit to consistency like he never has before because this team has expectations and he is key in achieving them and the only reason he wont be able to is because he stops himself short…again.

There may be no player who has seen his career hit the skids quite as hard as Peja in the last three years (outside of maybe Steve Francis). There was a time not too long ago when Peja represented the best of what could come out of and play in the NBA. But two things have happened since then. The first is that the internationally trained players got better. They played defense, they had more versatility to their offense, they didn't choke in the clutch. Basically, guys like Steve Nash, Tony Parker and Manu Ginobili have redefined what can be found in the talent pools overseas (or over lakes). And while they were off doing that, Peja stopped hitting his jumpers consistently, he was in and out of lineups in and and now he stands on the verge of being a forgotten relic in the league's transition to increasing dependence on foreign born players to augment American cores.

Two years ago West seemed primed to break-out as the other-half of a potent duo between him and Paul. In the last year, though, tandems like Iverson and Carmelo and Williams and Boozer have emerged while West seems like less of a running-mate and more of a complimentary piece. He'll be looking to regain some of his notoriety that was lost last year while he was injured. He may have averaged 18 points and 8 boards per game, but his impact wasn't as forceful as it was a year ago on the court. He seemed less primed to break loose and take over a game and more willing to sit back and be one of the pieces surrounding Paul. This team, especially as built, needs West to start to look to work more on his post game and start playing more like a power forward and less like a small forward. Sure this may be a case of the Hornets asking him to do more than he is capable of, but at least trying it out this year will show them one way or another what they have in David West besides a $45 million investment.

Without a doubt was the breakout star for this team. Aside from his huge statistical upswing, was also the key contributor in keeping this team in the Playoff hunt while Paul, West and Stojakovic were hurt. That added responsibility seemed to add a dependability and consistency to his game that he sorely lacked in . He matured quickly during those dark winter months and that gave the Hornets a mighty boost when Paul and West returned to the lineup. All of a sudden this team had a burgeoning Marcus Camby-type on their roster and all it cost them was an aging P.J. Brown. His averages of 9.5 points per game, 12.4 rebounds and 1.8 blocks (not to mention his 63% shooting) all point to positive things for this team in the post for the foreseeable future. 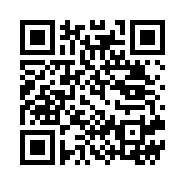