At first glance, the catching situation seems to be all set for the Blue Jays. Take a closer look, though, and the position appears to have more questions than solid answers.

Gregg Zaun is the starter behind the plate -- that much is certain at this point. Whether the 34-year-old can duplicate his career year of 2005 has yet to be determined. If he does, Toronto should be in good shape.

The backup job seemed primed for Guillermo Quiroz. Then Toronto signed Jason Phillips to a Minor League deal on Jan. 3 that included an invitation to Spring Training with the big-league club. That could mean competition for Quiroz, who has overcome multiple injuries the last two seasons and has been in the organization since he was 17 years old.

These question marks have also affected the free agent rumor mill, which has claimed Toronto was in the running for Bengie Molina's services. Earlier this month, Blue Jays general manager J.P. Ricciardi didn't deny those rumblings, but he said that signing Molina seemed unrealistic financially.

"We've obviously liked [Molina] for a long time, but there comes a point where we can't do everything," Ricciardi said. "This might be a case where we have to pass."

The most impressive mark for Zaun, who has caught for seven teams in 11 seasons, might have been the numbers of games he played. He appeared in a career-best 133 games in 2005. It took Zaun four seasons prior to joining Toronto to match the 240 games he's played in the last two years for the Jays. He might have appeared in more games had he not landed on the disabled list in May after suffering a concussion.

With the current uncertainty in the depth chart behind Zaun, Toronto will hope its catcher can display similar durability.

Quiroz, 24, had very little time to prove himself worthy of a big-league job last year. The young Venezuelan missed time with various injuries in 2005, and he played in just 40 Minor League games before getting called up in late August. With Toronto, Quiroz hit just .194 in 12 games. He's posted a .205 average in the 29 games he's played between 2004-05.

"Look at the last two years. He had that collapsed lung twice, and then he broke his hand at the beginning of last year," Toronto manager John Gibbons said last August. "He was getting to the point where he was on the verge of making it. And that's a pivotal part in his career -- making the jump to the big leagues -- and he lost almost two full years.

"That's hurt him. There's no question about it."

The Jays were hoping Quiroz could improve at the plate this offseason during winter ball, but he hit .191 with one homer and four RBIs in 21 games for the Zulia Aguilas in the Venezuelan League.

Phillips, 29, will probably provide the closest competition for Quiroz at Spring Training in Dunedin, Fla. If Phillips earns the backup catching duties with the Major League club, Quiroz will likely start the season with Triple-A Syracuse.

Phillips hit .238 with 10 home runs and 55 RBIs in 121 games with the Dodgers last year. He spent his first four seasons with the New York Mets before being dealt to L.A. for pitcher Kaz Ishii last May. The 6-foot-1, 220-pound right-hander split time as a first baseman and catcher with the Mets, but he would spend his time behind the plate for Toronto, considering the logjam at the corner infield positions.

Beyond Zaun, Quiroz and Phillips, not many plausible options remain.

So far, catchers Robinzon Diaz, Erik Kratz, Mike Mahoney and Curtis Thigpen all have been extended invitations to Spring Training. Mahoney, who signed a Minor League contract with Toronto on Jan. 11, is the only player of those four with any Major League experience. None of the others advanced above Double-A in 2005. Mahoney has a career .180 average over three seasons. The 33-year-old played 26 games for St. Louis last season and had brief stints with the Chicago Cubs in 2000 and 2002.

A durable Zaun and a healthy Quiroz could provide all the answers Toronto needs behind the plate. If either falter, though, the depth at the catching spot could quickly become a weak link in the Blue Jays' quest for playoff contention. 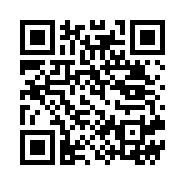