The easy part was having Troy Glaus and Lyle Overbay try on their new white home jerseys and black Blue Jays hats while the cameras flashed at a press conference in late December. The more challenging task for Toronto was finding a way to acquire the two newest members of the lineup.

It took three trades that moved 11 players to allow Glaus to become the Blue Jays' third baseman and Overbay their first baseman. The moves also displaced a pair of Jays from their corner infield jobs and forced the team to find them different roles for the upcoming season.

Glaus and Overbay should help add a little pop to a Toronto lineup that had just one player hit more than 20 home runs and no players break the century mark in RBIs. Glaus, a former World Series MVP with the ability to hit 30 or 40 home runs, can bat cleanup, helping to give Vernon Wells more pitches to hit. Overbay should thrive on the FieldTurf in the Rogers Centre with his tendency to hit doubles to the gaps.

Getting these two players into Toronto uniforms wasn't a simple chore for Toronto general manager J.P. Ricciardi by any means.

In order to pry Glaus away from the Diamondbacks, the Blue Jays had to part ways with Orlando Hudson, who won the American League Gold Glove award at second base last year, and pitcher Miguel Batista, who saved 31 games in 2005. Toronto also had to hope that Glaus would waive his no-trade clause to accept the deal.

Glaus spared any suspense and gave a quick response to the trade proposal.

"After a couple of days of thinking about it, it became clear this was an opportunity I didn't want to pass up," Glaus said, sitting alongside Overbay at the Dec. 27 press conference at the Rogers Centre. "I'm excited to be here. I'm very excited about this team. I think it's moving in the right direction."

Glaus has topped 30 homers fours times and 40 long balls twice in eight seasons. The third baseman was the AL home-run champ with 47 in 2000 and was an integral part of the 2002 Angels team that defeated the Giants in seven games to win the club's first World Series.

Since then, Glaus has battled various injuries. He managed to have a productive season last year despite playing with a strained tendon behind his left knee. Glaus took cortisone shots to help with the pain, and he played in 149 games and had 37 home runs and 97 RBIs. There hasn't been any indication that any of his past injuries should linger into the 2006 season.

Acquiring Glaus forced Toronto to reevaluate where third baseman Corey Koskie fit into the equation. Koskie didn't live up to expectations after signing a lucrative contract with the Jays prior to last season. Koskie appeared in just 97 games due to a broken thumb he suffered in May, and he never got into a groove at the plate. In the end, Ricciardi dealt Koskie to the Brewers in exchange for Minor League reliever Brian Wolfe -- a move that was more for salary reasons than anything else.

It was an earlier trade with Milwaukee that helped strengthen Toronto's situation at first base.

Glaus and Overbay will be welcome additions to the infield, but they also caused Shea Hillenbrand and Eric Hinske to be pushed into new roles.

Hillenbrand split time between first and third base last year. As Ricciardi noted, though, Hillenbrand will find most of his work as the designated hitter this season. He could still help out as needed at the corners, too. One thing is for sure, he'll be in the lineup consistently. Hillenbrand hit .291 with 18 homers and 82 RBIs and was Toronto's lone representative at the All-Star Game last year.

Hinske, who played 100 games at first base a year ago, may fill in at the corners if there is an emergency. He seems destined to test his outfielding skills in left, though. Ricciardi wants the big left-handed hitter in the lineup against right-handed pitchers, and that leaves the outfield as the only way to get Hinske more at-bats.

The adjustments for Hillenbrand and Hinske are a small price to pay for adding two key players to the corners. Toronto is pinning a lot of its success this year on Glaus and Overbay, who help create a powerful trio with Wells at the heart of the lineup.

A lot of players were moved to bring these two new faces to Toronto, and the coming months will reveal how well the trades paid off. 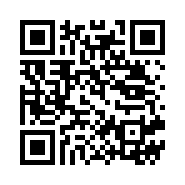