Don't tell the Blue Jays about sophomore slumps. Toronto will have two second-year players front and center this season.

Shortstop Russ Adams and second baseman Aaron Hill are two of the youngest players on the big-league roster and they're going to be heavily relied on this season as the Jays' new double-play combination.

"Both [Hill] and Adams handled themselves really well when they came up," Toronto general manager J.P. Ricciardi said. "They really meshed well and you would've thought these guys had been in the big leagues their whole lives."

They haven't, though. Both infielders were rookies last season and had to adjust quickly to the Major League level. Adams became the everday shortstop and Hill was called upon to play third base when Corey Koskie broke his thumb in May.

Adams had his share of struggles in his first full season at short. The 25-year-old made 26 errors in 132 games and finished with a .952 fielding percentage.

Ricciardi feels that the types of mistakes that Adams had a tendency to make will be corrected with more experience.

"I think Russ is going to be fine. Most of his errors were throwing the ball and a lot of it was just being young and playing at the pace of the big league game," he said. "He's going to get better as he plays and last year was a good year for him to get his feet wet."

Offensively, Adams has room for improvement, too.

He hit .256 with eight home runs and 63 RBIs. Toronto used him a lot as a leadoff hitter and that will probably remain the case this year. If so, Adams will probably be looking to raise the .325 on-base percentage that he posted last season. Adams did show promise at the plate, though. He had nearly as many walks (50) as strikeouts (57).

Hill, 23, will be taking over second base for American League Gold Glove winner Orlando Hudson, who was traded to Arizona in the deal that brought Troy Glaus to Toronto.

Hill got off to a torrid start at the plate when he was called up in May. He hit .359 in his first 37 games and earned his spot on the roster when Koskie returned from the disabled list. He finished with a .274 average, three homers and 40 RBIs in 105 games. Hill posted a .342 on-base percentage and walked 34 times compared to 41 strikeouts.

Hill, who was drafted as a shortstop, was pushed into a utility role when Koskie came back. He split his time playing third base, shortstop and designated hitter. When Hudson suffered a hamstring injury late in the season, the Jays turned to Hill to learn another position and he adapted well to second base. Hill finished with a .991 fielding percentage in his 22 games at the position.

"I think Orlando has more range than Aaron, but there are a lot of things that Aaron does well, too," Ricciardi said. "He throws well, he's got a strong arm, quick hands, and his feet work well. There will be learning as he goes, but this isn't like taking a catcher and putting him at second base.

"He's got a lot of advantages going for him. Some of the things he'll lack in knowledge he will make up for with his arm strength."

Behind Adams and Hill on the depth chart is John McDonald. McDonald played 37 games with Toronto before being dealt to Detroit for cash considerations in July, but the Jays reacquired the infielder from the Tigers in November.

McDonald is good defensively and has experience playing second base, shortstop and third base. The 31-year-old will serve as the backup for both Adams and Hill.

Besides McDonald, Ricciardi said Toronto has a few in-house options if something were to happen to one of the regulars. Shortstop Sergio Santos, whom the Blue Jays received with Glaus in a trade with Arizona in December, could be called up if needed. Another possibility is second baseman Ryan Roberts, who had a good season with Double-A New Hampshire.

If Adams suffered an injury, Hill would probably move back to short and then McDonald and Roberts would be possible solutions to play second base. It's a group of mainly young and inexperienced players, but the Blue Jays do have a lot of flexibility up the middle.

There may be some growing pains for Toronto's new double-play duo, but Adams and Hill will try to improve on their successful 2005 campaigns. The Blue Jays are counting on that. Sophomore slumps won't be an option. 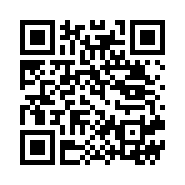