Gold Glover Wells to be the constant in ever-shifting lineup

Sometimes being ignored is a good thing.

In the midst of all the questions surrounding Toronto's offseason moves, Vernon Wells' name has been left out of the discussion. That's because his quiet leadership, solid glovework and productive bat have allowed him to become one of the only certainties for the Blue Jays heading into this season.

Wells will be in center field. Which players will stand to the left and right of him will probably vary from game to game. As a whole, though, Toronto's outfield is a versatile group that will be anchored by Wells' presence up the middle.

Last year, Wells picked up his second consecutive American League Gold Glove after committing no errors in 155 games. He also had a career-high 12 assists. A third such accolade could be on the horizon for Wells, but it's not the primary goal he has in mind after Toronto's busy winter.

"Those awards are secondary to, hopefully, what we can accomplish as a team. I'd rather win a postseason award before an end-of-the-regular-season award," Wells said. "Gold Gloves are cool and fun to achieve, but I think everyone's goal is to get something we can show off on our finger."

One strategy Toronto plans to use toward making a playoff run is to give the offense a boost by capitalizing on flexibility at the corner outfield spots.

The Blue Jays want to play the percentages to give the lineup the best chance to succeed each game. That means right-handed hitters Reed Johnson and Alex Rios will likely be in left and right field, respectively, against left-handed pitchers. Against right-handers, Toronto will likely start Eric Hinske in left field and Frank Catalanotto in right.

"The four guys that they're talking about putting out there, they each have a chance to produce," Wells said. "As far as our team is concerned, I'm sure it's going to be hard for guys to be moving in and out, but the guys that are going to be coming in and out should be pretty good for our offense."

Whether or not the plan will be good for the defense is another matter. Hinske hasn't played a game in the outfield since Double-A, and Catalanotto doesn't have the type of arm strength typically desired for a right fielder. Both players are converted infielders and having them play the corners at the same time could put more pressure on Wells.

Or maybe Wells can help Hinske and Catalanotto's transition into their new roles.

"I'm sure Vernon is going to take a lot of pressure off because he's a Gold Glover," Hinske said last week. "I'm going to talk to Catalanotto and Vernon. I'm just going to go in there with an open mind and listen to what everyone is telling me. I'm confident that I can do it, and I'm excited."

Johnson, who can play all three outfield spots, has a good arm and great range. Rios is a natural right fielder with great arm strength and good instincts going after the ball.

Wells isn't just the defensive leader of the group, either. He also will be an integral part of the heart of the order.

He struggled out of the gate last season, but finished with 28 home runs and 97 RBIs without much protection behind him in the lineup. Those totals were his best showing since hitting 33 homers with 117 RBIs in 2003. Wells is slated to be the No. 3 hitter this year and could see his offensive numbers spike again with slugger Troy Glaus now hitting cleanup.

Wells doesn't point to the batters around him to account for the slight drop in his production over the last two seasons, though.

"I don't think it matters who is behind you if you're doing your own job," he said. "There have been plenty of times when I haven't [done my job] in the last couple of years, and it's been frustrating. It's fun to see what additions we made, and, hopefully, it'll help our offense as a whole."

The other outfielders provide different types of offense.

Catalanotto led the team in batting average (.301) last season and had a .367 on-base percentage. Hinske hit 11 of his 15 home runs against righties, whom he will be facing for the most part this year. Johnson has the potential to hit double-digits in homers, but is more of a gap hitter and could see some time at the leadoff spot.

Rios' potential could possibly create a problem. Toronto still believes the young Puerto Rican can develop into a good power hitter after he gains more experience. He hit 10 home runs last year after managing just one in 2004. His progress could be hindered, though, if he is forced into a platoon role with Catalanotto. If Rios does become an everyday player, that would create a three-man jam in left field.

There won't be any concrete answers for the corner positions until the current plan is evaluated more closely during Spring Training.

Wells is confident the outfield can hold up no matter which players are in left and right field.

"I love playing the outfield when [Catalanotto] is out there or when Reed is out there," Wells said. "It's the same thing with Alex. I think Eric is going to have to get used to playing out there again, but once he gets used to it, I'm fully confident in whoever is beside me." 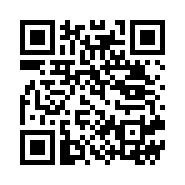