The moves the Blue Jays made this offseason caused ripples throughout the rest of roster, shifting a handful of position players into new roles.

The end result was a clear candidate to assume the primary designated hitter job and the strengthening of the bench as a whole, giving the team more options.

Adding third baseman Troy Glaus and first baseman Lyle Overbay via trades left Shea Hillenbrand and Eric Hinske out of regular work at the corner infield spots. Hillenbrand will be the first choice for DH -- a role he platooned in last season.

Hillenbrand split time between first base and third last season, and becoming the regular DH doesn't mean he won't see any action in the field. In fact, Hillenbrand will probably be the team's first option when Overbay or Glaus aren't in the starting lineup.

Last year, Hillenbrand hit .291 and tied a career high in home runs (18) to go along with 82 RBIs. He also was Toronto's lone representative at the All-Star Game.

Hinske's situation adds to the Jays' bench options. Hinske, who will attempt to move to the outfield, said that he hasn't played out of the infield since his days in Double-A.

Right-handed outfielders Reed Johnson and Alex Rios would be in left and right field, respectively, against left-handed pitchers. Both are good enough defenders to play center field if Vernon Wells needs a break, too.

The bench is strong no matter who is starting at the corner spots. If Hinske and Catalanotto are starting, Toronto has good speed and defensive choices available in Johnson and Rios. If it's the other way around, the Jays have two good left-handed bats ready. One of those, Catalanotto, led the team in batting average (.301) and on-base percentage (.367) last season.

"I think it's the deepest [bench] we've had," Ricciardi said. "There's a lot of things we have that I don't think we've had here in the past."

The recent signing of catcher Bengie Molina pushes Gregg Zaun, the starting catcher for most of the past two seasons, into a reserve role, leaving him as a nice switch-hitting option off the bench. Last season, Zaun had a career-high 73 walks to lead Toronto, and he also set personal bests in homers (11), RBIs (61) and games played (133).

The reserve duties up the middle rest with John McDonald, who will serve as the backup to both shortstop Russ Adams and second baseman Aaron Hill. McDonald was with the Jays last year before being traded to Detroit in July. He was reacquired in November in exchange for cash considerations.

McDonald is known more for his defense than for his offense. He hit .277 with no homers and 16 RBIs in 68 games for the Jays and Tigers last season and spent most of his time at shortstop. McDonald also played some second and third base as well.

In a worse-case scenario in which Toronto would have to look beyond Adams, Hill or McDonald for help up the middle, Minor Leaguers Ryan Roberts, who had a good season with Double-A New Hampshire last year, and Sergio Santos, who was acquired from Arizona in the Glaus deal, likely would be the first two in-house options.

Toronto seems to have a backup plan in place at every position. The flurry of deals the Jays made this winter not only strengthened the starting nine, but also added some more flexibility to their bench. It's a long season, and Toronto will need all of its pieces to fit into the puzzle just right if it wants to make a run at the postseason. 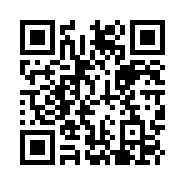