Jays have their corners covered with Glaus, Overbay

There were two spots on the Blue Jays' lineup card that remained virtually untouched throughout last season.

When Toronto manager John Gibbons arrived to the ballpark, he could almost always count on third baseman Troy Glaus and first baseman Lyle Overbay being able to play. Considering the statistics that the pair compiled last year, Gibbons is very much looking forward to feeling that same confidence once again in 2007.

"You can pencil in good, solid numbers for both of them," Gibbons said. "The key is we have to keep those two healthy."

If last year was any indication, Glaus and Overbay, who were both acquired in trades in December 2005, will do their part to make sure health isn't an issue. Only four players on Toronto's roster played in more than 150 games last season -- Glaus and Overbay being two of them.

Overbay didn't experience any problematic injury issues in 2006, but Glaus, who has had knee and shoulder ailments in the past, battled through some leg soreness at various points throughout the year. That didn't stop the third baseman from appearing in 153 games -- his most since 2002 -- and putting together one of his best all-around seasons in years.

Glaus, 30, led the Jays with 38 home runs, which ranked first among American League third basemen and was his highest total since 2001. It also represented the fifth time in his nine Major League seasons that Glaus belted 30 or more long balls. The 6-foot-5 slugger has 75 homers over the past two seasons and was one of five Toronto All-Stars last year.

Beyond just home runs, Glaus scored 105 runs, the most he'd had since 2000. The third baseman also tallied 104 RBIs -- his most since 2002 and the fourth time that the '02 World Series Most Valuable Player cracked the century mark in that category.

"With Troy over there at third, he does it year in and year out," Gibbons said. "He always has. He's a gamer and he shows up to play every day. I sensed that in Spring Training."

Overbay also thrived in Toronto's potent lineup and turned in arguably his best season in 2006. In a team-high 157 games, the left-handed-hitting first baseman posted a .312 average and set new career highs with 22 home runs, 92 RBIs and 181 hits. Over the past three years, Overbay -- picked up in a five-player trade with Milwaukee -- has appeared in at least 157 games.

The first baseman also clubbed a team-high 46 doubles, which ranked fourth in the AL. Since 2003, Overbay has more doubles (133) than any other Major Leaguer. He has also increased his home run total in each of the past four seasons.

"I think Lyle is just coming into his own," Gibbons said. "Last year, he was steady as can be. He was huge for us -- he really was -- and not only offensively. Defensively, he's a very good first baseman."

Overbay posted a .994 fielding percentage at first base, which was on par with his previous performances. Glaus was the bigger surprise on defense, though.

When '06 began, there were questions about how Glaus would hold up on the artificial FieldTurf playing surface at the Rogers Centre. He responded to his critics by posting a .963 fielding percentage, which ranked fifth among AL starters at the position and was well above his career average (.947). Glaus also turned 37 double plays -- a new team record for a third baseman.

While Gibbons can take comfort in knowing he has two solid players starting at the corners, though, the depth behind Glaus and Overbay is thin.

Jason Phillips, who is the backup to catcher Gregg Zaun, can also chip in at first base. Phillips has appeared in 149 games at first over the past four seasons with the Jays, Dodgers and Mets. Gibbons said he would also consider using outfielder Matt Stairs, who has played 242 games at first over his 14-year career, or utility infielder John McDonald at first base if Overbay needed a day off.

It's not as clear who would replace Glaus if he needed rest or were to get hurt. Infielder Jason Smith, who was picked up in the Rule 5 Draft, and McDonald could help back up Glaus. Gibbons said that having second baseman Aaron Hill play third wasn't an option, even though he spent time at the position in 2005.

"We really don't have a whole lot of options [behind Glaus]," Gibbons said. "Smith could be a guy and McDonald [could be, too], if Troy needed a day off."

At the Minor League level, Toronto could possibly call on third baseman John Hattig in an emergency situation. Hattig was a September callup for the Jays and hit .333 over 13 games in the big leagues. With Triple-A Syracuse, the switch-hitter posted a .276 average with four homers and 36 RBIs in 103 games. 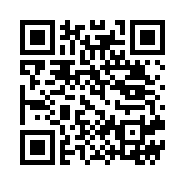