Clayton, McDonald to split time at short; Hill to stay at second

Plans have a way of changing. After shortstop turned into a constant source of migraines for Toronto in 2006, the club decided to go in a different direction with the position this winter.

A year ago at this time, the Blue Jays were heralding sophomores Aaron Hill and Russ Adams as their double-play duo for years to come. Hill then had a career year at second base, but Adams slumped his way to two demotions and left Toronto searching for a new shortstop altogether.

This winter, Toronto found a temporary solution in 37-year-old Royce Clayton, who signed a one-year deal worth $1.5 million with the Jays in November. With a potent lineup already in place, Toronto was content on adding Clayton -- a player known more for his defense than his offensive abilities.

The Jays have yet to name Clayton their starter at short. He'll likely garner more playing time at the position than John McDonald, who started 76 games at short last year for the Jays, but is admittedly more comfortable in a utility role.

"We think Hill is going to be a very good second baseman," Toronto general manager J.P. Ricciardi said in December. "Clayton and McDonald at short give us enough that we're going to catch the ball. We're comfortable."

The Blue Jays are far more comfortable with second base. Last season, Hill hit .291 with six home runs and 50 RBIs in 155 games -- all career highs -- in his first season at the position full-time.

Hill, 24, also was a strong defender at second, helping to erase any doubts Toronto might've had about trading away Gold Glove Award winner Orlando Hudson last offseason. The only issue came when Adams' defensive woes surfaced. That forced Hill, who played shortstop in college and in the Minors, to spend some time on the other side of the diamond, too.

Hill started in 106 games at second, but he also started 46 at shortstop. There were many instances when Hill would switch positions during the course of a single game as well. Toronto manager John Gibbons plans on leaving Hill alone at second base this season.

"I think it's important that Aaron's at second base," Gibbons said recently. "His days of flip-flopping back and forth are over with -- in my mind anyway."

Toronto isn't as set with one player at shortstop, though. Clayton will likely play more at that spot than McDonald, but they each will probably get a good amount of playing time at the position throughout the season.

"Clayton hits, too -- he's not just a defensive guy," Gibbons said. "The priority was that glove, but we also want him to contribute offensively. He's done enough of that in the past. Who knows, he may have a big year for us."

When Clayton signed with Toronto, though, he understood that he wasn't necessarily heading into Spring Training with a job in hand.

"They were up front and honest, and I think I was honest as well with what I expected and what I wanted," Clayton said after he signed. "I've never gone into any situation in 16 years of playing Major League baseball expecting to be handed any type of job. I have to earn it."

At the end of last season, the 32-year-old McDonald said he wasn't even sure he earned the right to come back to Toronto in 2007. He was upset with how he peformed at the plate and in the field after being named the starter at short in July. The Jays signed him to a one-year, $750,000 contract this winter.

McDonald, who can also play second and third base, hit just .204 after taking over for Adams as the full-time shortstop on July 15. Leading up to that point, he had posted a .253 average, which was above his career average of .236. Toronto named McDonald a starter because of his glove, though. Even so, he was also disappointed in the 14 errors he made in the field last season.

"If I'm going to look at the positives, which I try to do, I think I've done a pretty good job as a utility guy," McDonald said in September. "As an everyday guy? I didn't do a good job. I just didn't perform well when I was given the opportunity to play every day."

In December, Toronto also picked up utility infielder Jason Smith in the Rule 5 Draft. Smith, 29, hit .263 with five homers and 13 RBIs in 49 games with the Rockies last season, and he provides a left-handed bat off the bench for the Jays.

As for Adams, Toronto plans on having him begin this season at Triple-A. His throwing issues last season at shortstop -- nine errors on throws in his first 36 games with the Jays -- prompted the Jays to convert him to a second baseman. With Hill locked in at that position at the moment, there isn't much room for Adams on the Major League roster.

"We didn't expect Russ Adams to have a poor year," Ricciardi said at the end of the season. "But he did and we rallied around that and were still able to hold the fort down. You go in with expectations and you go in with plans, but it doesn't mean that it's always going to work out." 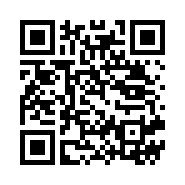